This is the second part of two posts that take a look at Reuters’ recent expose of SAT test security, especially as it relates to international student admissions. You can find the first one here.

One of my biggest problem with the articles was a constant (inaccurate) conflation between “the test prep industry” and “Asian test prep centers”, such as:

“East Asian cram schools have repeatedly…breach[ed] the SAT, and the College Board has come to see the test-prep industry as a daunting adversary….The ability to obtain inside knowledge of what’s going to appear on upcoming exams is critical to the test-prep operators.”

“Basically, the only way to survive in the industry is to have a copy of the test” in advance of a sitting, said Ben Heisler, who offers test-prep and college-consulting services in South Korea. “It’s like doping in the Tour de France,” Heisler said. “If you don’t do it, someone else will.” 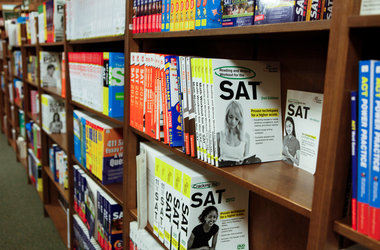 “Test prep” in America is a billion-dollar industry, and it includes companies large and small, national and local. I am a part of that industry, and I am glad to say that the people with whom I work are honorable, considerate educators who take seriously our mission to improve the lives and opportunities of the students we teach. It’s possible that the intense competition for places in American colleges and universities leads to some otherwise unethical behavior in overseas test prep situations, but that is not the case with leading American test prep companies. Standardized tests are predictable because they conform to a published standard, and test prep companies help students prepare. The articles’ casual implication that all test prep is corrupt is unwelcome and inaccurate.

Unfortunately, it’s not just Reuters who seem to confuse ethical test prep educators with amoral cheaters like Ben Heisler and his ilk; before the first administration of the new SAT on March 5, the College Board cancelled the registrations of every person who was not “degree seeking”, ostensibly to prevent the cheating that Reuters described. As the College Board noted in their rebuttal to Reuters’ article,

“We recently refused entry to the first administration of the redesigned SAT to a number of high-risk registrants — many of whom make a living violating security protocols. In the future, we will need to do even more.”

It’s all well and good to include the qualifier “many of whom”, but basically the College Board accused every test prep provider (all of whom were eager to experience the first example of the test we’ve been preparing kids for for months, to make sure that our methods match the actual questions) of being dishonest. As my colleague Evan Wessler wrote in a scathing blog post about the frustration he experienced by being turned away from a test that the majority of test prep professionals take every year:

“If this were all really about “security”, the College Board could instruct schools to segregate non-high-school-age testers (both physically during the test and statistically in the score-scaling process) from the students taking the exam….Plainly and simply, the College Board doesn’t want us seeing its test. It is afraid we’ll be able to use what we see (and the subsequent insights) to help students “defeat” the exam. This is strange, since the College Board maintains that prep courses, tutoring, and the like are ineffective at improving students’ scores. So what are the folks at the College Board afraid of? …The move we just experienced…is a heavy-handed and capricious attempt at obscuring the test.”

I agree with Evan, and if the College Board makes its exclusion of all adult test takers permanent, I don’t think it will erode the demand for test prep on the part of students–it will just drive them to choose to take the ACT instead, having first made sure to find professional help to prepare for that test.

The previous point illustrates one of the biggest weaknesses of the articles: they focus exclusively on the College Board and do not address ACT test security. The College Board and the ACT are very similar. They both administer standardized tests to high school students for the purpose of college admission and (increasingly) for secondary school evaluation. They both compete against each other for market share (and the ACT has a bigger slice of the pie). And they have both been sued for the sale of student information to marketers–the SAT charges 37 cents per name to the ACT’s 38 cents. But the articles are solely focused upon the perceived transgressions of the SAT, with the inference that this test is the most important one. Maybe this is because Reuters did not have access to leaked documents from ACT; maybe it really is related to the larger percentage of international students taking the SAT. But overall more students take the ACT than the SAT, and it is hard to escape the thought that the ACT got a free pass from Reuters’ otherwise discerning gaze.

College admissions is an important topic to millions of people, and informing the public about flaws in the leading admissions tests is a vital public service. But the Reuters articles were heavy-handed attempts to make the College Board appear to be clueless pennypinchers who are enabling foreign students to take over America’s groves of Academe for nefarious reasons. The public deserves better.

If you are a newcomer to the blog who’s made it this far, welcome!  You might want to take a look at some of these golden oldies: