Ever since I moved to Virginia in 2015 I’ve been struck by how many students and families aspire to gain admission to one of the many state colleges and universities in the Commonwealth. But the more I’ve learned, the less surprised I am; Virginia public colleges and universities have something to offer everyone, and at very competitive price points. Last week I had the chance to visit the University of Mary Washington, a small-to-medium sized institution in Fredericksburg, and I was quite impressed. I would not hesitate to recommend it to a student looking for challenging academics in a nurturing community with ample chances to work closely with a talented faculty. 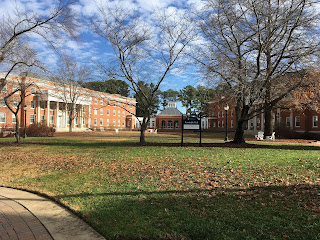 For over a century, the University of Mary Washington (UMW) has continued to evolve, growing from a women’s college, to a co-ed college to a university with an expansive campus and excellent facilities. UMW is a great option for first-generation college students; about 1/3 of their undergrads are the first in their families to attend college, and the University has several programs in place to help students of all backgrounds make a smooth transition to higher education.  This also helps give a certain level of diversity that may be lacking elsewhere.

During my visit I was impressed by the campus, which is deceptively big. Driving up to the university it seems nestled in a residential neighborhood of Fredericksburg, a small city halfway between Virginia’s capital city of Richmond (to the south) and Washington, D.C. (to the north), but once I arrived on campus, it was much larger than I thought. All told, between parking my car, walking to the admissions office, going on the tour, and getting back to my car was 6,000 steps, according to my iPhone. Dorms, dining halls, the library and fitness center and academic spaces are pretty spread out, so students at UMW do a lot of walking!

During the information session we were told that the most popular fields of study at the University of Mary Washington are business, psychology, history and the sciences. They are particularly proud to have the #1 historic preservation program in the country. UMW students can also partake of 5-year education and business programs to get master’s degrees, and there are pre-professional tracks for future doctors, lawyers, dentists and veterinarians; additionally, the university is in the early stages of planning a program that would give students a Master of Science in Nursing degree. The University touts its study abroad program; we were told “you can go anywhere but North Korea, and if you want to go there you haven’t thought it through”. That’s a witty line, but they do seem to have a wide range of options, and financial aid travels with students. Finally, the honors program is available to any student with a high school GPA of 4.0 or above with 1300 SAT/29 ACT. Those are lofty numbers, but students who qualify get a research grant in their junior year, priority scheduling and access to an “honors lounge”. Interested? If so, there is an extra essay on the Common App.

One thing that struck me on my visit was that UMW has many of the features of a university while combining the size and accessibility of a mid-sized college. The average class size is 22, but my tour guide (a senior) mentioned that she had a class of six last year. All of the courses are discussion based, seminar style classes and there are no graduate teaching assistants. Besides giving undergraduates greater access to research opportunities and resources, it also makes for a campus where students and faculty can forge tight bonds. I heard several stories of professors looking out for students’ welfare and going over and above the call of duty to make sure that students were healthy and succeeding. The overall vibe was of a group of educators who really wanted to help their students succeed. I think that students who want to have the chance to find a mentoring relationship with their professors should take a close look at the University of Mary Washington. 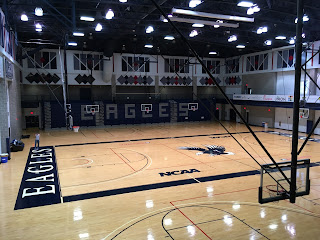 The University has a wide array of Division III, club and intramural sports. No football, wrestling or ice hockey, but most other popular sports, along with some unusual options, like equestrian, and burgeoning club programs in rugby, rowing and fencing to name just a few. There is a very extensive fitness center/athletics center attached to the library that seems to be the nexus of student healthiness and would appear to give every conceivable option to students looking to stay in shape.

The information session and my tour guide both reinforced the idea that with over 120 clubs and organizations there is a lot to do on campus. One thing that impressed me was the emphasis that was placed on service related organizations. Quite a few student groups seem focused on campus based or community based outreach and service opportunities. UMW does not seem to have an official Greek life, but in talking to the tour guide, it appears that many of the sports teams serve as loci for gatherings and group bonding. Students overwhelmingly stay on campus on weekends and there is apparently a lot to do at school, in town, and a short drive away.

UMW has 17 residence halls and apartments, ranging from traditional dormitory rooms, to suites to modern furnished luxury apartments across US 1 and connected to the campus by a sky bridge. Housing is guaranteed for the first two years and 70% of students stay on campus all four years of their college careers. The dormitory we were shown was clean and comfortable; most impressive was that we were shown an actual student’s room! This rarely happens anymore, and I appreciated seeing an authentic space, as opposed to a Bed, Bath and Beyond window display. The room was a traditional double, and while small, it seemed like it would be perfectly comfortable. First year students are housed with the other members of their First Year Seminar class, which helps make sure that students are prepared for the writing, speaking, and creative and critical thinking skills they will need for the next four years.

Another thing that stood out for me was the emphasis on UMW’s honor code. Like the University of Virginia and other institutions in the state, UMW has a simple code (“a student will neither lie, cheat nor steal”) that defines a myriad of interactions every day. Students can feel safe leaving their belongings at a table, or leaving a door unlocked because their possessions will not be molested. I heard multiple stories of professors giving students their end of term exams, then saying “I’ll be in my office if you need me”, trusting students to take the tests un-proctored, without fear of cheating.   I heard similar stories at the University of Virginia, but it is nice that students looking for a smaller, more intimate campus can still have this experience at the University of Mary Washington. My tour guide said that the honor code was a reason why she chose UMW, and I’m sure that she isn’t alone in that sentiment. 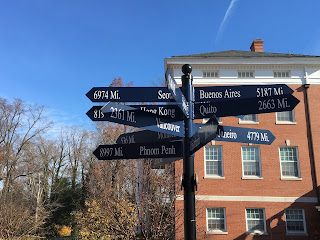 Admissions-wise, I found it very interesting to learn that (unlike, say, the University of Virginia) there is no quota requiring a certain percentage of students to be Virginians. The majority of students ARE from the Commonwealth, but UMW could be a good option for students from other states for several reasons, including the relatively reasonable cost. $37,000 is the total cost before financial aid for non-Virginians, which is a pretty competitive price.

Students who want to apply can choose from several plans (Early Action, Early Decision, Regular Decision) and will be reviewed “holistically and individually”–this is a reason why the essay is “a huge part of a student’s application”, so don’t phone in the writing portion!  There is “no rigid formula” for admission, but they want to see students who have challenged themselves with the most rigorous curricula available at their schools. Standardized test-wise, the mid-50% of accepted students’ test scores are not super high, so UMW should be achievable for a wide range of good students. There IS a test optional path, but it is only available to students with at least a 3.5 GPA in high school, and there are quite a few other exceptions, so it is worth reading carefully to decide if it is best for you. Students who apply test optional will have their strength of curriculum play an even larger role in the decision, so it probably isn’t for low test scorers who didn’t push themselves in the classroom. 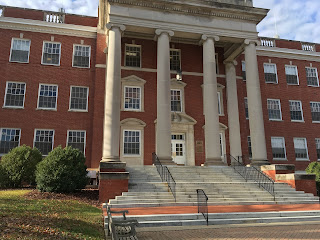 The University of Mary Washington has a lot to offer to any student, but I think it is a great choice for a student who is looking for a challenging college curriculum but who would like the support of a faculty and administration that puts its focus on teaching and student achievement. For Virginians, the cost (around $22,000) is extremely reasonable and even for out of state students it could be a competitive option, especially for wealthier families. The University of Mary Washington seems to be a place that will support students as they go through their college careers, and will make sure that they are prepared to succeed. Perhaps this is why 95% of students are in graduate school or their chosen career field six months after graduation?  I think that any student interested in a small to medium sized university, especially someone who wants to have the chance to work closely with professors for four years, should give the University of Mary Washington a close look.