At age 17,  I decided to limit my college search to tiny Marlboro College in Vermont (which eschewed traditional classes for one-on-one tutorials) and Hampshire College in Amherst, Massachusetts (whose professors give detailed narrative evaluations instead of grades). There were other reasons–I wanted a college where I could watch Red Sox games on local television, for instance–but even back then I was skeptical about the role that one-size-fits-all assessments can play in academics. I got into both colleges and, in the best decision of my life I chose Hampshire which is where I met the person to whom I’ve been married for nearly 21 years.

But why did these colleges choose me? I did not do well on the SAT. My score on the Critical Reading and Math sections (this was before the Writing section was part of the test) was 1080.  In 1995, eight years after I took the test, the College Board “recentered” their scores, which gave me a boost to what would nowadays be an 1170. My low score was mainly due to my inability to understand algebra, but my verbal score on the old scale was a low-ish 650. Nowadays, as a jaded 21st century college counselor I would immediately urge 17 year-old me to retake the test or use FairTest.org to look for “test optional” schools. Back then, though, I was kind of on my own, and I think that my admission came down to three factors:

Lately, three colleges have announced changes to their admissions policies, all with the goal of increasing opportunities to prospective students who don’t test well, or whose high school grades don’t tell the whole story. Bard College offers an online essay competition which vitiates the need to send test scores, transcripts or recommendation letters; Goucher College has a similar approach that replaces Bard’s essays with a short, student-produced video; and lastly, Hampshire College has become the first school in the country to refuse to consider standardized tests in their admissions decisions. Bard’s approach is quite interesting.

Prospective students have several months to write four 2,500 word essays on a range of esoteric topics.  Each of the topics contains a provocative question along with several linked readings, videos or works of art. Questions cover history, philosophy, art, science, mathematics and the classics. Applicants must incorporate the links into their essays. 2,500 words is a little more than five pages, so students have a lot of room to stretch out. Once all four essays are submitted they are given to a committee of Bard faculty members to grade; if applicants receive a composite B+ or above, they are admitted. Clearly Bard figures that this method will provide them with people who are ipso facto qualified to do B+ level work at Bard. The program is quite new, and I will be interested to learn how many prospective students avail themselves of this option. Bard gets less than 5,000 applications every year, but if even 20% come to use this option it will create quite a lot of extra work for their faculty. I like this plan, but do not see how it can be scalable. 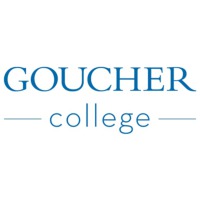 Goucher’s new option seems to me to be more of an attention grabber, and I doubt that it will actually help them find a large number of students ready to succeed in college.  Goucher asks students to stand in front of a camera (even a smartphone), introduce themselves, and then communicate, in whatever way they want, “how they see themselves at Goucher”. They have published a rubric, which assesses the video on (among other things), an ability to “think in-depth”. Though I am glad that they have stated that “[v]ideos will not be evaluated on production quality, but rather on the thoughtfulness of the response”, I am rather unsure that “in-depth” and “two minutes” are compatible. I have taught video production to high school students, and I have watched the works of many teen videographers in my 19-year career, and I am not sure that many of them would be able to prove to a casual observer that the auteur was capable of success in college. Where Bard’s willingness to ignore high school transcripts for successful essay writers may make some sense (as students would have to prove an ability to write and think about complex topics while managing multiple significant projects), a two-minute video can’t do that. Goucher has some ambitious goals for its graduates, and it is impossible to predict a young person’s success in so many areas based on a short video. The high school transcript would at least demonstrate whether or not the student had any aptitude for reading, writing and math. Goucher gets less than 4,000 applications every year. This may be a way of increasing the number of total apps, and it certainly won’t take very long to assess a two minute video based on a skimpy, subjective rubric, but I cannot imagine that this plan will be emulated by many other schools.

Hampshire’s new policy sounds to me like it has the best chance of spreading to other colleges. Put simply, after years of being “test optional”, Hampshire is now the first “test blind” college in the country. According to Dean of Admissions and Financial Aid Meredith Twombly:

“Tests aren’t part of Hampshire’s pedagogy, so why would we use a test to determine which students would thrive here? The SAT is essentially one test on one day in a given year. Students’ high school academic records, their history of civic engagement, their letters of recommendation from mentors, and their ability to represent themselves through their essays trump anything the SAT could tell us.”

More interestingly, Hampshire has linked their new decision to greater fairness in the financial aid process. A little-known aspect of many schools’ “test optional” policies is that they do require standardized tests for students seeking “merit” (as opposed to need-based) financial aid.  Hampshire has decoupled tests from the merit discussion, as Twombly notes, “

It is no secret that many colleges base financial aid awards largely or partly on test scores. Financial aid should be used to support students who most need assistance, not to reward those who are good test takers.” In an interview with USA TODAY, Twombly admitted that only “a handful” of other schools might follow Hampshire’s lead; especially in light of the fact that US News and World Report has dropped Hampshire from its Top Colleges list for refusing to consider test scores (which are a key part of their algorithm). Hampshire says that their annual number of applications exceeds 2,800. This new method may slightly increase that number, but just as it was 27 years ago, Hampshire’s population is naturally self-limiting to those people seeking an alternative education. Instead, I imagine that this new plan will be a way of increasing “mind-share” and raising the college’s profile to people who may never have heard of the school otherwise. And Hampshire still requires applicants to submit their high school transcripts.

Three small, relatively elite colleges does not make for a “trend”, but could they be the tip of the spear in a move to reform college admissions?  I doubt it. The Common Application is a monolithic structure that drives college admissions toward standardization and schools that get tens of thousands of applications would never be able to process that number of these new, unique apps. While some smaller colleges may be willing to try some diversionary methods to (charitably) help atypical applicants gain admission or (cynically) increase the number of applications to increase their rejections, I can’t see that many will risk the fallout of being dropped by US News and other college ranking services. I will follow these developments closely and will be interested to see what the results are after five years. What do you think about these non-traditional ways of assessing college applicants?  Tell me in the comments!